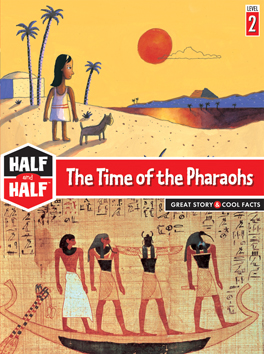 The Time of the Pharaohs

Meri wants to go with her father to see the building of the pyramids. Her father leaves without her,saying the construction site is no place for a young girl. Then, she notices something important he left behind. Facing dangers she did not expect, she sets out to find her father — and also see the creation of one of the greatest wonders of the world.

Readers will get a glimpse at how people lived long ago in this ancient land. They'll learn about the strange language of the hieroglyphs and the many gods of ancient Egypt. The non-fiction also includes cool facts about the pyramids and mummies of the great pharaohs.